Rejoice! Witches & Woodlands - Part 2 is here!
Unfortunately this is only the first half of what I originally intended to release.
But look at the bright side, it's still longer than Part 1
and there will be a Part 3 in the future!

The reason I decided to split this patch is due to the fact
I realized I couldn't finish the whole thing in the nearest future.
Saturday I'm going on a vacation and then I'll be glued to my PC
trying to translate EP7.
That means you won't see me for a long while. This is also
why I decided to release W&W2 on this unusual day.
In case there are some real bad bugs that prevent the game
from working, I want to be here to fix them. So if you
notice something like that, be sure to tell me asap because
from the 7 to the 17 you'll be on your own.

But I guess you just want to download the stuff, okay, okay!
you can download it from here:

EDIT: get the updated patch instead

Note that this is only compatible with EP6.
That's because while I was working on it, I realized that without
noticing I made the characters act in certain ways that remind
things that they have only done in EP6. So I don't recommend
to play this game if you haven't played EP6 first. Even though
there isn't really any direct spoiler regarding that.

For non windows users: be sure to get an updated interpreter
since I've been told that some texts do not display correctly
with older versions.

As for the installation, if you install this patch the way you
always did for the "witch hunt" patches, you should have no
problems.

And now a few screenshots from the game, so you can
get a (wrong) idea of what you should expect! 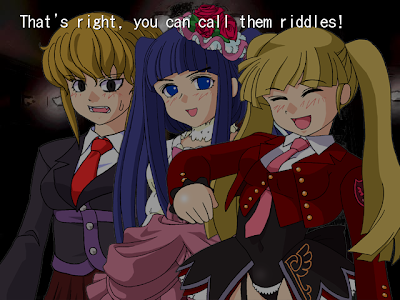 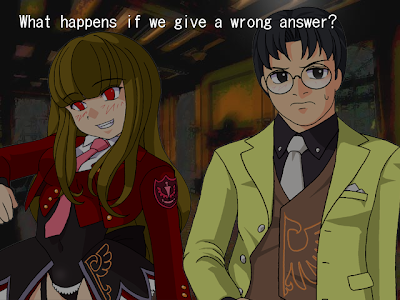 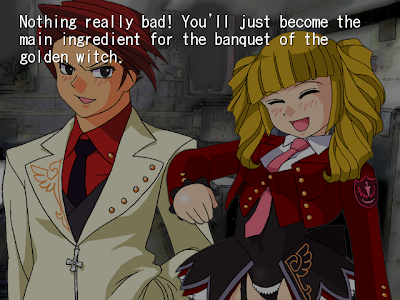 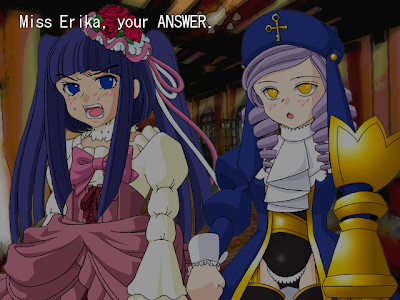 Will the six heroes survive this first part
of the trial of the seven sisters of Purgatory?
If you have a doubt you are probably not a great detective.

I mean, come on, I already told you there's going to be a Part 3!

Welcome to my Lab.
Don't mind the mess, just make yourself at home.
Here you can read about my works and the other stuff I do.
I am mainly a writer, but I know a thing or two about programming, graphic and music.

In the window above you can find the links to what I've already done and I'm working on. There is absolutely no telling what I'll be doing next.